This forum was organised by the AEBR’s Task Force External Borders (TFEB) at the City Hall of Lappeenranta, Region of South Karelia (Finland), on 30 August 2022. 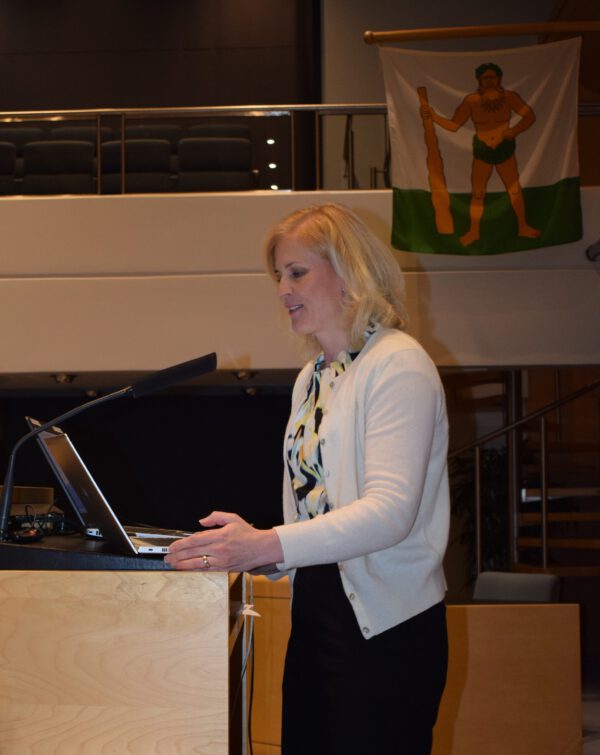 Mr Johannes Moisio, Chairman of the AEBR TFEB, welcomed the participants and opened the session by explaining the organisation of a closed meeting meant for experts dealing with and understanding the concept of cross-border cooperation (CBC).

Dr Jukka-Pekka Bergman, former director of Northern Dimension Research Centre in the Lappeenranta University of Technology and Director of the Managing Authority of the Southeast Finland – Russia ENI CBC Programme, pointed out that the current difficult situation with CBC in the region will not last forever. Yet, easing the situation is not foreseen in the nearest future. Presentation CBC Programmes at the Eastern Borders of the EU.

Ms Eira Varis, Regional Council of North Karelia, pointed out the multicomplex effects originated from the Russian offensive in Ukraine: traffic and logistics, safety, raw material supply and export of the technology industry, agriculture and food, cope of tourism and creative industries. She acknowledged that there is no easy solution for coping with the situation within reach in the near future. Yet mentioned a working group of Finnish State secretaries who are working on easing the harmful effect on Eastern Finland. Ms Varis also mentioned that North Karelia had prepared a report on the adverse effects caused by the Russian attack and the following sanctions, but this report is not public yet. Presentation Developing EU Eastern External borders – short-term solutions,

Mr Martin Guillermo Ramirez, Secretary General of AEBR, brought up the necessity of affected regions to work together, possibly under an informal structure functioning as a macroregion of European North-East neighbours to Russia and also those bordering Belorussia. A coordination of these regions’ needs with the Transnational Baltic Sea Region programme could also be an option, but first of all, we should listen to the recommendations of the expert groups around the different programmes. He also stated his delight to see Eastern border regions that are not focussing on fully closing the connections and borders. Still, they are anticipating life also after the war and further, in a scenario without offences and troubles, even though it is realistic to say that the situation will not improve in the nearest future.

The participants onsite intervened very actively and raised plenty of issues for discussion. The Regional Mayor of South Savo Region, Mr Pentti Mäkinen, firmly brought up the problem of the rise in energy prices and the need for improved traffic connections to new cooperative regions and countries. Ms Varis highlighted that, unlike before, national defence is now part of regional development. Mr Guillermo gave consideration to the well-known study by the Istituto Politecnico di Milano (*) which states that a reduction of 20% of the existing obstacles to cooperation in border regions would mean an increase of 2% in their GDP. Then, would the complete suspension of cooperation mean a risk of at least a 10% reduction of their GDP?

The discussion was closed and concluded by Ms Satu Sikanen, Regional Mayor of South Karelia. Ms Sikanen brought up the need to find new cooperative partners in Europe and more fluent cooperation between the regions at the eastern external borders: “Eastern borders should now meet the West together”. The general conclusion was the need to continue the discussion, considering that every country promotes and establishes a fluent dialogue with all affected parties, particularly with border regions and cross-border structures. Subsequent events are planned, and regions from other countries will be invited and encouraged to be involved.

The event ended with a joint lunch with further lively discussions

Note: the meeting room at the Lappeenranta City Council also hosted the launch of the AEBR TFEB in September 2007, during AEBR General Assembly in Lappeenranta.

You will find all presentations and some photos on this link in Dropbox.