The Association of European Border Regions (AEBR), Mission Opérationnelle Transfrontalière (MOT) and Central European Service for Cross-Border Initiatives (CESCI) have launched the European Cross-Border Citizens’ Alliance. The European Committee of the Regions (CoR) has joined the alliance in September 2020. 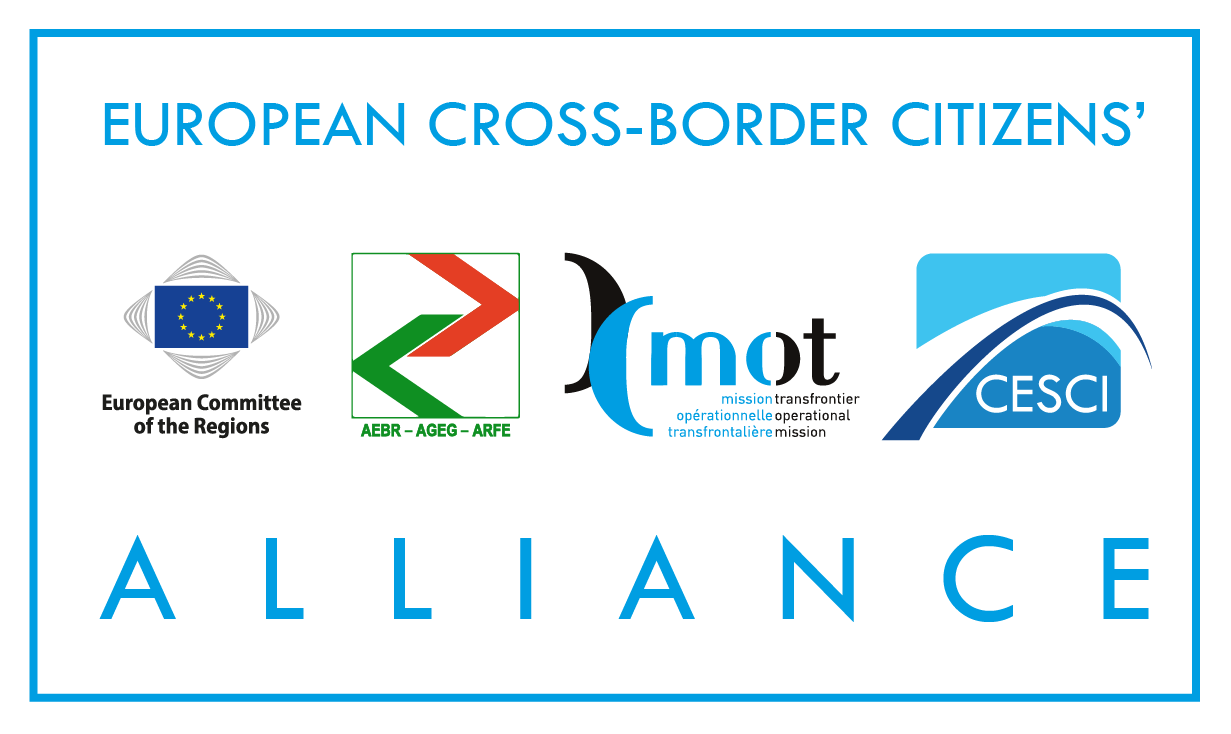 The Alliance raises awareness of the circumstances of border regions with the objective of including their needs in the Recovery Fund and showing the impact of closing borders in order not to do so again. The alliance sent joint messages to national authorities, European institutions and citizens to ensure the adoption of an adequate budget and will keep on pushing for the development of policies that take into account the specificities of cross-border territories.

The attention drawn to borders in European media during certain phases of the pandemic and the many activities initiated by local and regional authorities in border regions, and their networks, with a view to tackling the pandemic and its economic and social consequences, urged AEBR, MOT and CESCI to make concrete decisions towards a common message to be sent jointly. And this should be reinforced because this attention has vanished once the borders have been opened again.

The Alliance is open to other stakeholders, aiming to involve as many actors as possible to raise, clearly and decisively, the voice of border and cross-border regions.

A joint declaration was presented on the occasion of the European Week of Regions and Cities in October 2020, AEBR’s annual events organized from Eupen in November and the Borders Forum in Paris organized by the MOT a few days afterwards.

The need to coordinate and send a unified message in opposition to the closure of the borders made it particularly important to react as early as possible in this sense. The establishment of this Alliance became clear in 2019. However, other initiatives in place supporting the major chapter of the EU budget, namely Cohesion Policy, such as the Cohesion Alliance, made the three partners wait to guarantee, at least, a reasonable Cohesion Policy (and related budget).

In this context, AEBR, CESCI and MOT formed the European Cross-Border Citizens’ Alliance. In September 2020, the European Committee of the Regions joined the Alliance following a request from its members. At the CoR Plenary on 1 July 2020, a number of CoR members emphasized the many problems cross-border regions and citizens were facing during the COVID-19 pandemic, underlining the importance of stronger cross-border cooperation for European citizens and businesses.

As a follow-up, the CoR started a reflection on the long-term future of cross border cooperation, entailing a number of actions such as a study, public consultations a resolution and a dedicated high-level event on the future of cross-border cooperation. This is meant to sustain a substantial part of the CoR’s official contribution to the Conference on the Future of the European Union.

A  declaration was drafted by AEBR, MOT, CESCI and the CoR, receiving contributions from other stakeholders. Read here the declaration in all EU official languages, plus Serbian and Ukrainian.